Rouse v Wachovia Mortgage: 9th Circuit rules a National Bank is a Citizen only of the State where its Main Office is Located

You are here: Home / Consumer Financial Services / Rouse v Wachovia Mortgage: 9th Circuit rules a National Bank is a Citizen only of the State where its Main Office is Located 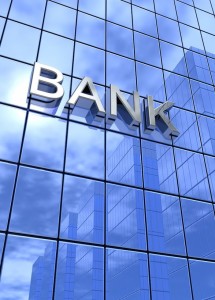 Under 28 U.S.C. § 1348, national banking associations are “citizens of the States in which they are respectively located.” Id. But the term “located” is not defined in the statute or elsewhere.

Split in the Circuits

In Rouse v Wachovia Mortgage, a three-judge panel of the 9th Circuit ruled in a 2-1 decision that, under § 1348, a national bank is “located” only in the state designated as its main office.

The Defendants then filed motions to dismiss the Federal causes of action.  In response, the Plaintiffs amended their complaint to state only causes of action arising under California law.

The district court held that national banks are citizens of the state where their principal place of business is located, and they are also citizens of the state where their main office is located as designated in their articles of association.  Because Wells Fargo’s main office is in South Dakota and its principal place of business is in California, and the Rouses are citizens of California, the district court held that complete diversity did not exist, and remanded the case to California state court for want of jurisdiction.

In Rouse v Wachovia Mortgage, on appeal, the 9th Circuit reversed.  It did so in part in reliance upon the decision in Wachovia Bank, N.A. v. Schmidt, 546 U.S. 303, 126 S.Ct. 941, 163 L.Ed.2d 797 (2006), in which the Supreme Court held “that a national bank, for § 1348 purposes, is a citizen of the state in which its main office, as set forth in its articles of association, is located.” Id. at 307.  The Rouse v. Wachovia Mortgage court acknowledged that this ruling was made in a different context (because “Wachovia Bank did not address whether a national bank is also a citizen of the state where it has its principal place of business”), but it nevertheless formed the backbone of its decision.

For now, however, this case is the law in the 9th Circuit.